Later this year, the world’s largest outdoor shake table will be ready for seismic testing at the University of California San Diego. The Jacobs School of Engineering’s current outfit is getting a $16.3 million upgrade to its simulator thanks to funding by the National Science Foundation.

A shake table simulates the ground motions that take place during an earthquake. They’re used to test structural models, scaled slopes, or building components, typically to the point of failure.

Shake tables have a range of seismic waves and scenarios that test against the structure's integrity, which in turn helps structural engineers like the ones at HH Consulting build stronger, safer structures.

How Do Shake Tables Work? 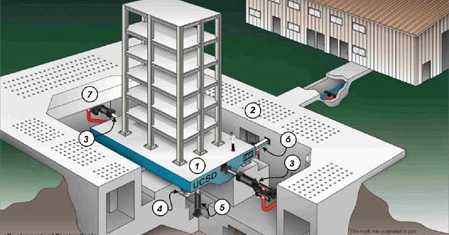 Using a database with signals from past earthquakes felt around the world, shake tables can recreate the exact seismic activity with the data originally recorded.

For structural engineers, this research offers a real-time look into how residential wood-framed buildings are damaged from strong earthquakes. These tests provide new insight into how to both build and repair infrastructure. They help identify damage patterns, perform measurements, and see how damage occurs.

The Shake Table at UC’s Jacobs School of Engineering

Once completed in October 2021, UC San Diego’s shake table will be able to reproduce multi-dimensional earthquake motions with unprecedented accuracy.

It will “replicate, in full 3D, the combined effect of all the motions of an earthquake applied to a structure, as well as the interaction between soil and building, and soil liquefaction,” states UC professor Joel Conte.

After the upgrade, the facility will also be able to test the tallest and heaviest specimens in the world, from multi-story buildings, to bridge columns, bridge bents, and wind turbines. All with a full range of ground motions that can occur during an earthquake.

UC’s shake table will be the largest outdoor shaking table and the second largest in the world after Japan’s indoor E-Defense table.

It’s a pretty impressive feat and you can live stream the construction process along the way. It’s not much to look at now, but closer to the October 2021 launch, it certainly will be.

Shake tables aren’t only impressive in scale, but they help save lives and prepare us for future earthquakes. Whether you’re a structural engineer or not, creating a DIY shake table could be your next favorite pastime with the kids. Take it from wise-beyond-his-years Justin at QuadSquad.